Luminary is proud to be sponsoring the Victorian Young Achiever Awards. In the second of a series on the Luminary Tech Visionary Award finalists, we profile Zoë Condliffe, founder of She’s A Crowd. Most people spend the early years of their career in a bit of a tailspin, looking for signs from the universe about their true calling. But Zoë Condliffe is not most people.

Galvanised by her experience of an abusive relationship, she resolved in her early twenties to devote her work to addressing the issue of gender-based violence. “I decided I had to fix the problem,” she says. “It allowed me to have focus in my career. Everything became focused around gender-based violence.”

This single-minded determination has guided her through a Masters with a focus in female storytelling, a role in gender advocacy with international development agency Plan International, a PhD on the #MeToo movement (still a work in progress), and now to her role as founder of feminist tech startup She’s A Crowd.

Launched in March 2018, She’s A Crowd uses crowdsourcing technology and data analytics to make cities safer for women. The platform allows anyone, anywhere in the world, to share their experiences relating to gender-based violence. The stories are geotagged and timestamped and then aggregated for important insights that feed into the decision-making processes of governments, universities and NGOs.

So far, She’s A Crowd has more than 10,000 stories in its database, which are being translated into data for public transport, health research and public safety initiatives.

The concept for She’s A Crowd originally came out of a project that Zoë initiated while she was working in gender advocacy at Plan International. The idea was to create a digital mapping tool to track women’s experiences of gender-based violence in public spaces. This became Free to Be, a hugely successful project that Zoë led for two years and which scaled across five countries.

Free to Be was Australia’s first crowdmapping platform. The project garnered significant media attention, in part because it coincided with the rising groundswell of the #MeToo movement.

“I didn't start this company to get quick results. The kinds of changes that She’s A Crowd is looking to make have a very long change cycle. We’re looking at anything from 2-3 years to a whole generation."

The result is She’s A Crowd – an always-on platform that provides insights to decision makers about the issue on an ongoing basis.

While the success of Free To Be gave Zoë the confidence to pursue the idea for She’s A Crowd, she credits the She Starts accelerator program with giving her an introduction into the startup world.

“I was offered a wildcard spot in the accelerator program for 2018 while I was still working at Plan,” she explains. “I became one of six founders in the program. It was a once in a lifetime opportunity, so I quit my job.

“From there, there was a lot of ‘Oh My God, what have I done?’ I was living in my van. I’d ripped the rug out from under my own feet and I had no-one else to blame but myself. I went from earning a nice salary and being able to save, to earning nothing and then I spent all my savings just living. Your savings disappear fast when you’re not earning money!”

And as if all that wasn’t enough to worry about, She Starts was filming a documentary about her at the time – so if she failed, she knew it would be under the unforgiving glare of the public spotlight. “It was terrifying and stressful, and then my relationship broke down. So I had no money, no house, no savings and no partner! On a personal level that was really hard.”

Despite the initial hardships, Zoë’s power of conviction saw her through that early stage. And then the accolades began to flow…

Since starting She’s A Crowd, Zoë’s been listed on Smart Company’s Smart30 twice, been a Women’s Weekly Woman of The Future Finalist for Tech & Innovation, won the Layne Beachley Foundation alumni grant, been awarded a Small Business grant from the City of Melbourne, won the People’s Choice Award at the StartUpVic Female Founders Pitch Night, come first runner-up at PitchX, won the International Prize at Melbourne Knowledge Week, been sponsored by Google for Startups to complete the Blackbox Connext accelerator program in Silicon Valley, and performed a raft of public speaking engagements. And the list goes on…

While that might look like a lifetime’s worth of achievements, Zoë is far from done. “I didn't start this company to get quick results,” she states, matter-of-factly. “The kinds of changes that She’s A Crowd is looking to make have a very long change cycle. We’re looking at anything from 2-3 years to a whole generation. That’s what it takes to make a change in the way that we’re wanting to make a change.

“From the data we collect we see that the majority of issues are due to the behaviour of men, not because of lighting or something you can change overnight. So I’m not going to tell you we’ve been able to change the underlying causes of gender-based violence as yet but what we've been able to do is use the data to get decision makers to invest in addressing the problem on a longer term basis.”

For the women who report their stories to She’s A Crowd, Zoë says the impact has already been tangible. “Women contact us every week to let us know that She’s A Crowd has encouraged them to report their rape to the police, or finally disclose a sexual assault. Sharing their story on our platform makes them feel heard and empowered.”

The winner of the 2020 Luminary Tech Visionary Award will be announced on Friday 18 September.

Trying to find a name that would capture the essence of nearly 20 years of history was no easy feat. 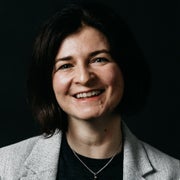 Bree-Anne Pagonis is the winner of this year’s Luminary Tech Visionary award, which recognises young people demonstrating creative thinking and making a significant contribution and social impact through the use of digital.

Alexandra Irwin Liu has been named the 2020 Luminary Tech Visionary Award recipient! Read more about her winning project and watch the video of the announcement, presented by Luminary CEO Marty Drill in an online awards ceremony on 18 September.

Do you know a tech savvy young Victorian who deserves to have their name up in lights? Get them to nominate for the Luminary Tech Visionary Award!

Luminary is proud to be sponsoring the Victorian Young Achiever Awards. In the second of a series on the Luminary Tech Visionary Award finalists for 2021, we profile Bree-Anne Pagonis, co-founder of WIRL. 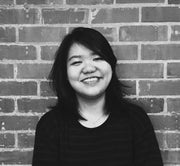 Luminary is proud to be sponsoring the Victorian Young Achiever Awards. In the third of a series on the Luminary Tech Visionary Award finalists, we profile Alexandra Irwin Liu, founder of Accessibly.com.au.

Over the last few years, a powerful social movement has been gaining momentum. We’re super excited to announce that we’re now a part of that movement.

Luminary is proud to be sponsoring the Victorian Young Achiever Awards. In the fourth of a series on the Luminary Tech Visionary Award finalists, we profile Catherine Allingham, pioneer of The Fertility Preservation Decision Aid.

Luminary is proud to be sponsoring the Victorian Young Achiever Awards. In the first of a series on the Luminary Tech Visionary Award finalists, we profile Morgan Coleman, founder of Vets On Call.

Know a young Victorian doing amazing things with digital? Encourage them to get the recognition they deserve through the Luminary Tech Visionary category of the 7NEWS Young Achiever Awards.

We are committed to being the agency of choice for the brightest minds in digital.