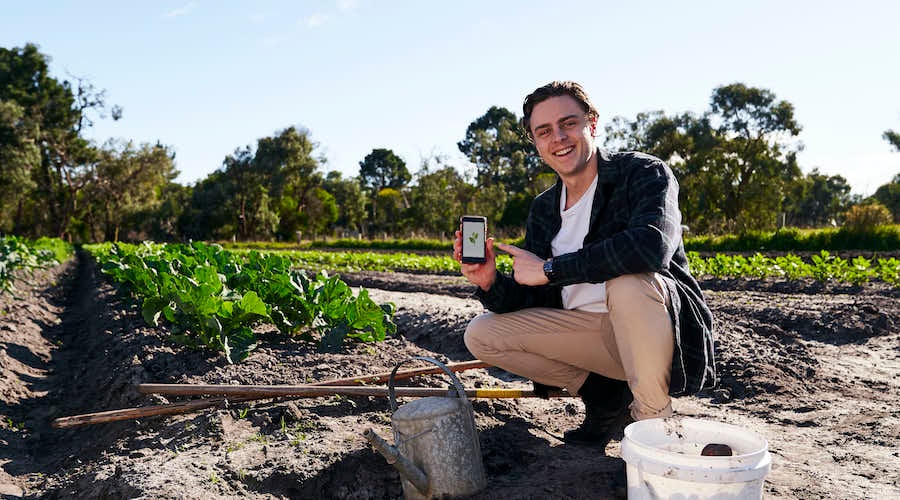 As bushfires raged out of control along the east coast of Australia at the end of 2019, a young Aussie uni student was quietly galvanising his resolve to bring his little ‘side project’ to the world. The project was Sprout, an app that would allow people to buy, sell and swap excess backyard produce with people in their local community.

What started out as a uni assignment nearly a year earlier had become a labour of love that Joe Sinclair would fit in around his uni, work and social life. But as the fires tore through 46 million acres of land – including vast swathes of food-generating farmland – he felt like the app had taken on a deeper purpose.

“I thought if farms are getting burnt down and people in rural areas aren’t able to get access to food, Sprout could be important as a way for them to feed themselves,” explains Joe.

Little did he know that a global pandemic was just around the corner, and that giving people a way to secure fresh produce without having to go to a supermarket or use public transport was about to take on a whole new level of significance.

Adversity wasn’t quite the mother of invention, but it certainly was a catalyst, giving Joe the extra motivation he needed to knuckle down and bring Sprout to life. “I really pushed and spent hours and hours and hours coding and then, at the end of March [2020], I managed to release it,” he says.

The iOS app quickly gained traction, making it to number 21 on the food and drinks section of the App Store by midyear. It even gained the attention of Apple’s PR department. “I got an email from Apple – at first I thought it was spam!” recalls Joe. “They wanted to have a chat. They said ‘We think what you’re doing is really good, if you’ve got any new features coming up we’ll help promote it on trending’. For someone who's never made an app before, that was amazing. I felt like I was on top of the world!”

Since its release, Sprout has had more than 3000 downloads and been featured on 7 News, Urban List and Broadsheet Melbourne, clearly striking a chord with backyard veggie gardeners and consumers alike.

The original idea was inspired by a holiday to New Zealand that Joe had taken with his girlfriend at the beginning of 2019. “We were travelling around small towns where they had this ‘honesty box’ system,” he explains. “People would leave boxes of excess home grown produce outside their properties in return for a donation. I thought it would be cool to try to digitise the idea and at the same time increase community health, wellbeing and sustainability. It kind of ticked all the boxes.”

A few months later, the Monash Computer Science student found himself tasked with producing an app as part of his course. He was given 12 weeks to bring his idea to life. He admits that the app was still “at a very primitive stage” at the end of the 12 weeks. He continued to tinker with it on and off throughout the year, but it wasn’t until the bushfires, and then Covid, that he really put the pedal to the floor. 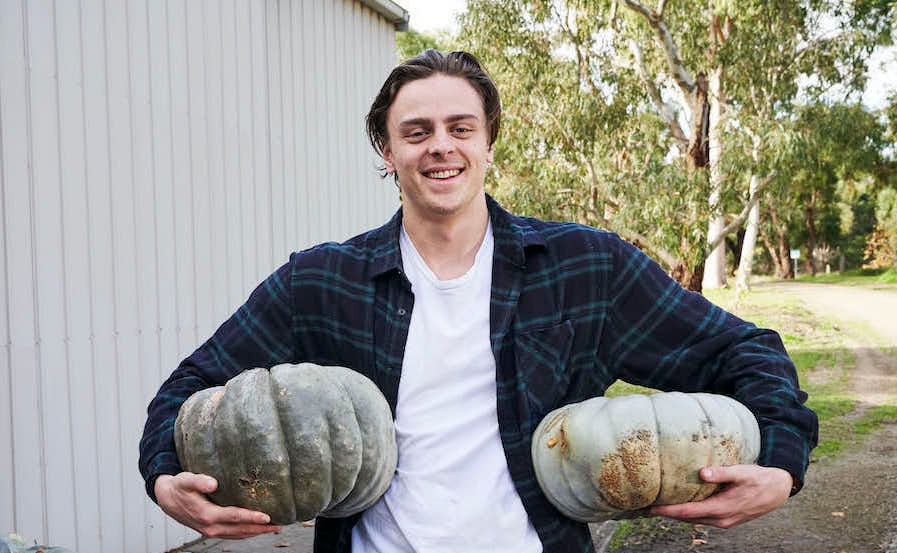 As a former elite swimmer, Joe is no stranger to discipline and hard work. Up until his retirement from the sport a couple of years ago, his alarm clock would go off at 3.45am in the morning, with a typical day involving an early swim session, followed by gym, uni, pilates or yoga, and then back to the pool again. “Coming out of swimming, I really learnt how to be dedicated and focus on something,” he says.

It was precisely this dedication and focus that saw him through the initial phase of developing Sprout, when he would regularly spend more than 10 hours a day working on it.

One of Joe’s biggest challenges, particularly as a novice developer, was navigating his way through uncharted tech hurdles. “With a normal project, you’d be following YouTube tutorials, you’d have guidance. But doing something that hasn't been done before was really challenging. I’d run into issues that people hadn’t run into before because they hadn’t tried to do it. There were no tutorials. Having to solve things entirely for myself was hard.”

Another challenge that Joe has had to face while developing Sprout has been usability testing. “I had to worry about different devices, different screen sizes,” he says. “I was testing on a few devices but I didn’t have every iPhone or iPad available. I kept getting messages from people saying it’s not working. Being a one-man team it makes it difficult to create something that works for everyone.”

Through all the challenges and the long hours, Joe says the thing that keeps him going is “the satisfaction of creating something that is helping other people”.

His original goal in creating the app was to increase access to ‘sustainable health’: “The less food has to travel between the producer and the consumer, the better it is for the environment and for the health of the consumer. Also with fresh food there’s no packaging, so you’re reducing packaging waste at the same time as reducing food waste.”

There are also the social and emotional benefits of the app. “Gardening is a really good thing for people mentally,” says Joe. As someone who took up veggie gardening as a hobby during Covid, he knows first-hand how satisfying it can be to see something grow that you’ve sown yourself. Joe also points to the mental health benefits of being part of a community. “Sprout promotes a feeling of belonging, especially after a year of being so isolated and not being able to see friends and family.”

Ultimately, Joe would like to expand the community aspect of the app. “I really want to make Sprout a forum that people who are interested in gardening and fresh food can come to for sharing recipes and gardening advice and tips.”

He also envisions Sprout eventually being an avenue for regional farmers to sell directly to their local communities. “I want to open it up to local larger producers like farming co-ops, organic store owners, and farmers markets, to give them an opportunity to sell the fresh produce they’ve created around the corner to people interested in buying it. So not just having backyard gardeners trading lemons for oranges but actually starting to get larger lists of groceries off regional farmers.”

For now though, the next big goal is to release Sprout as an Android app. “Over the past 8-10 months I’ve been looking for financial investment to get a team to help me create a cross-platform application,” he says. “A lot of the market that will be selling produce are on Android.”

In the meantime, he says winning the Luminary Tech Visionary Award would “really mean the world” to him. “It would be validation that what I’ve spent the last two years working on is being seen and the word’s getting out there. That would make me feel incredible to know that other people think it’s a good idea and that it may become a successful large-scale app.”

And for other young entrepreneurs with a big idea, he has this advice: “Just keep pushing along. When you feel like giving up, you may need to take a small break but it’s worth it to keep going. If you have a good idea, you’ll end up getting recognition for it – and that’s the best feeling ever!”

The winner of the 2021 Luminary Tech Visionary Award will be announced on Friday 16 April.