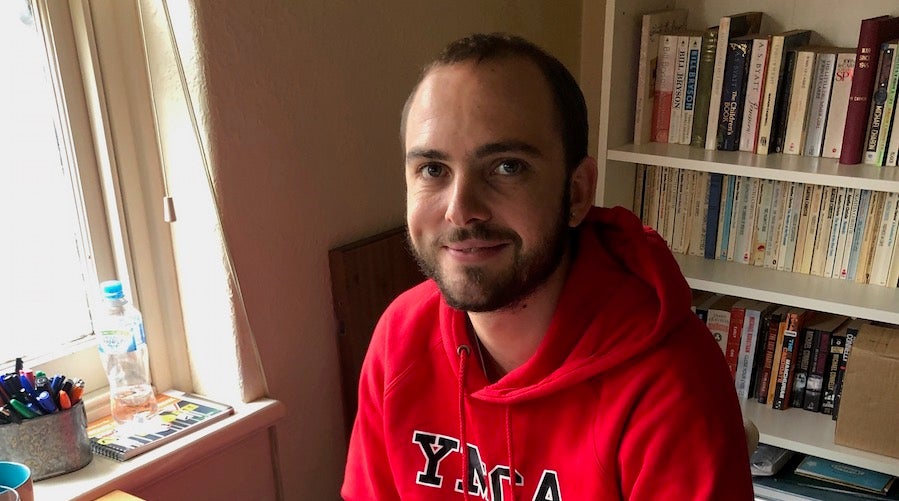 Maurice Schill believes that the traditional employee rewards and recognition model is broken. So he’s dedicated the past two and a half years of his life to finding a better way.

Maurice is the creator of JuJu, an app that provides a digital platform for colleagues to express their gratitude and appreciation for one another through the exchange of ‘JuJu’ points. Rather than being based on a system of tangible rewards, the app taps into the fundamental human need to feel valued.

“We are a society cradled in consumerism, conditioned to believe that more ‘stuff’ equals happiness,” explains Maurice. “Employers tend to favour flawed rewards and recognition systems to keep people happy, hoping that the more stuff they give away, the more motivated people will become. However overwhelming research and science has shown us that success and happiness can actually be found by fulfilling our intrinsic needs for contribution, growth and belonging. The research also shows that happy people are healthier, more productive and more engaged. So the equation was backwards. More stuff doesn’t equal happy people; happy people equals more stuff!”

Underpinned by this philosophy, JuJu focuses on rewarding through recognition rather than recognising through rewards.

The inspiration behind the app was Maurice’s younger brother Julien, or ‘JuJu’ for short. “A couple of years back he started doing this thing where whenever I did something nice for him or helped him out in some way, he’d go ‘That’s awesome, 10 JuJu points for you!’,” explains Maurice. “That always made me feel good.”

But it wasn’t until their friends started to pick up on using JuJu points as a way to thank each other that Maurice really started to see some potential in the idea. “I thought, this is an interesting phenomenon, why has this gone viral within our small community? That got me to look into it a bit more to understand what was behind it and I realised that it’s all about appreciation and gratitude. The more I researched it, the more I realised that it was not just a silly thing my brother had come up with, it’s actually a very deeply rooted human behaviour that shows up in all cultures and has a deep impact on our relationships and wellbeing.” 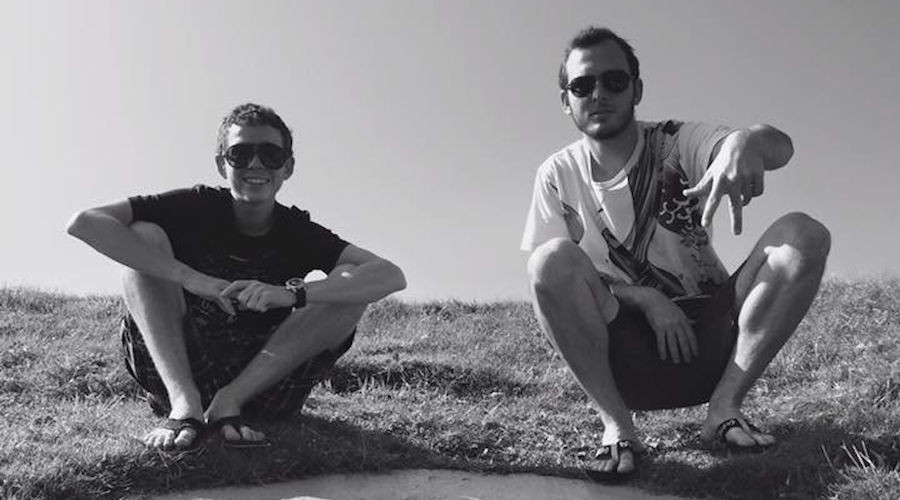 Maurice and his brother Julien, the inspiration behind JuJu.

Maurice started to look for environments where lack of appreciation was creating a problem, which quickly led him to the workplace. “The number one reason people leave their job is they feel underappreciated and that has massive costs both morally and financially to the business and the people in it.”

At this point Maurice quit his job, and began the long process of figuring out how to build the JuJu app and bring it to market. With a background in product design, he understood the process of bringing a new product to life, but he had limited experience with digital products, and no experience in coding.

“I did a whole bunch of courses in coding, which led me to realise it was going to be a two-year learning curve before I could build something functional,” he says. Then he found a platform called Bubble – a no-code, drag and drop tool that simplified the development process. “Bubble was an absolute game changer. I started playing around with it and within a month I’d built the first version of JuJu. From not knowing anything about coding to being able to have something to show to a client that they could play around with was massive.”

The first iteration of JuJu was essentially a platform for creating digital thank you cards – “almost like Twitter for thank you messages,” explains Maurice. “It was very simple, it was just an exchange platform. But then I realised that it wasn’t really enough for people to engage and really get value out of it. So I started exploring ways to drive adoption and get people excited about it.”

Maurice knew he didn’t want JuJu to go down the path of incentivising people to show appreciation through tangible rewards, but the challenge was finding another way to engage people. “Many of our competitors’ products are based on earning points and exchanging them for something like a movie voucher or half a day off. The moment you enter into that sort of thing, people start wanting to gamify it, and it won’t be as sincere. Having spoken to a few friends who worked in companies that had implemented these sorts of solutions, they said at first it was great but after a few months it didn’t actually deliver the sort of appreciation and recognition that people thought it would.”

So Maurice started looking at ways to create little competitions between teams and leaderboards for people who were going out of their way to appreciate others. However, the more time he spent thinking about ways to extend the JuJu app, the more he realised that the app itself was only part of the solution.

“I realised there was an educational piece missing from the platform. The JuJu app is a tool to make it easier to appreciate others, but if the company culture isn’t primed for that, the app just doesn’t work. That led me to build training around the platform, which goes into the psychology and effective communication of appreciation.”

The training workshops are structured into three parts. The first goes into the science of gratitude and why it works, the second explores the obstacles to expressing gratitude, and the third goes into how to practice gratitude. The last stage is broken down into four practical steps, which participants split into small groups or breakout rooms to practice.

Aside from a commitment to avoid tangible incentives, the marriage between the training and the platform itself is one of the main elements that sets JuJu apart from its competitors. “Our four-step process of how to express gratitude is also built into the platform,” explains Maurice.

“So we’re not just asking people to go on and use it for thank you messages. You can do that, but you can also use what we call the ‘Practice Mode’ that takes you through those four steps. It really makes sure people spend the time to communicate their appreciation more fully. What we’re going after is not quick thank yous and kudos points but genuine, heartfelt messages of appreciation – because that’s where the true benefit and power lies.” 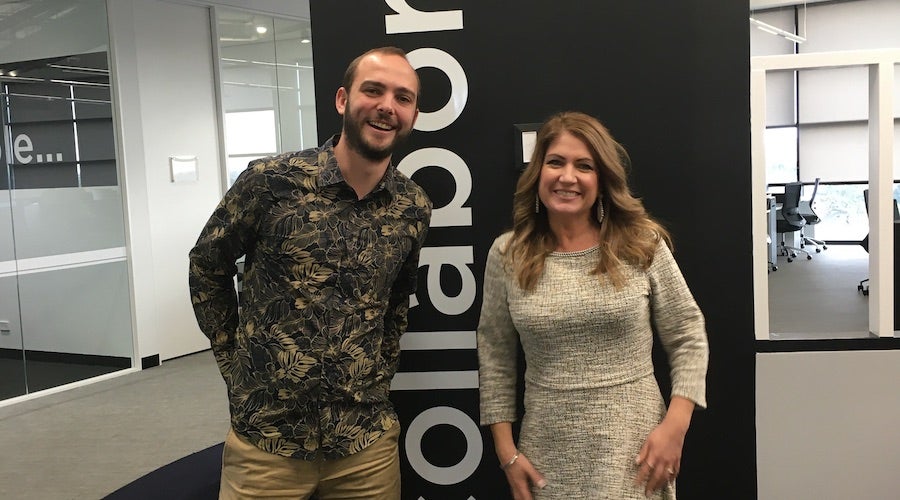 As for the future of JuJu, Maurice is not in about to launch it into the “hypergrowth startup space” any time soon. “In order for it to work to its full potential, it’s quite an intimate relationship we build with our clients. If we started bringing on too many clients we wouldn’t be able to deliver on that. So the next stage would be for us to get 10-20 clients that we work with really closely over the duration of a full year. It’s not just about setting up the platform for them, but really working with them to deliver the training and transformation to help them get from a good culture to a great culture.

“It’s about finding the right clients as well. If you look at company culture as a spectrum, you’ve got super positive places where people really enjoy being there, and on the other hand you have places where people hate going to work and are purely there to make ends meet. When we started I thought we could help these companies get to the other side, but it’s just not realistic. Where we landed was to focus on cultures that are good, but want to become great. How can we help them accelerate and shift using tech and this concept of creating an appreciative culture? That was an important realisation to make, that we needed to work with the right people, and it’s not a solution for everyone.”

The winner of the 2021 Luminary Tech Visionary Award will be announced on Friday 16 April.

We are proud to announce that Luminary now has a formal policy to support our team members in taking a day of leave each year to engage in volunteer work.