Virtual reality (VR) has been a hot buzzword for a while now, but does it really have the potential to change the world we live in? Luminary CEO Marty Drill says ‘yes’.

The idea that you can enter a different world by simply putting on a headset creates endless possibilities. Although we’re yet to really see where VR is going to take us, here are some examples of where it has already begun to transform our reality.

Gaming was an obvious application for VR and, as such, it’s where we’ve seen the biggest take-up. Moving from a TV/computer screen and hand-held controller/keyboard to being ‘inside’ the game with an Oculus Rift VR headset changes the entire experience. The value of VR game sales in 2018 exceeded $1 billion. Stephen Spielberg’s film Ready Player One imagines a future where we are all immersed in VR games. This is unlikely, although as the technology gets better, sales are certain to increase. The beautiful irony for concerned parents of gamers is that playing VR games may actually be training them for their future careers.

VR is likely to become a standard training tool in many industries, from aviation to medical. Commercial applications that are risky are prime candidates for learning in a safe environment. Collaboration between people in different locations will transform surgery in Africa, and may also remove the challenges of remote working.

Google has released a new version of Google Glass that will likely be used in commercial training and a range of real world situations.

The most likely way that VR will go mainstream is through entertainment, specifically movies. The future of cinema is likely to be far more experiential. It may seem weird to go to the movies and put on a VR headset. However, consider that 3D glasses have been an acceptable (though mostly redundant) device for some time. Theme Parks such as Warner Bros Movie World have released a Lego Movie ride where the seats move, there are timed air bursts and patrons are sprayed with water at the appropriate times in the film.

VR cinemas are the next phase. Specialists suppliers such as Voyager VR are looking to take VR to mainstream cinemas. Voyager VR provided an opportunity to try out the chairs (pictured) at the South by Southwest (SXSW) Conference in Austin, Texas in March this year. The chairs provide a full immersive VR experience that can rotate 360 degrees. As the chair can also pitch forwards or backwards, the concept of people going on a roller coaster in a film and joining the actors on all the twists and turns, adds a new dimension to watching a movie. 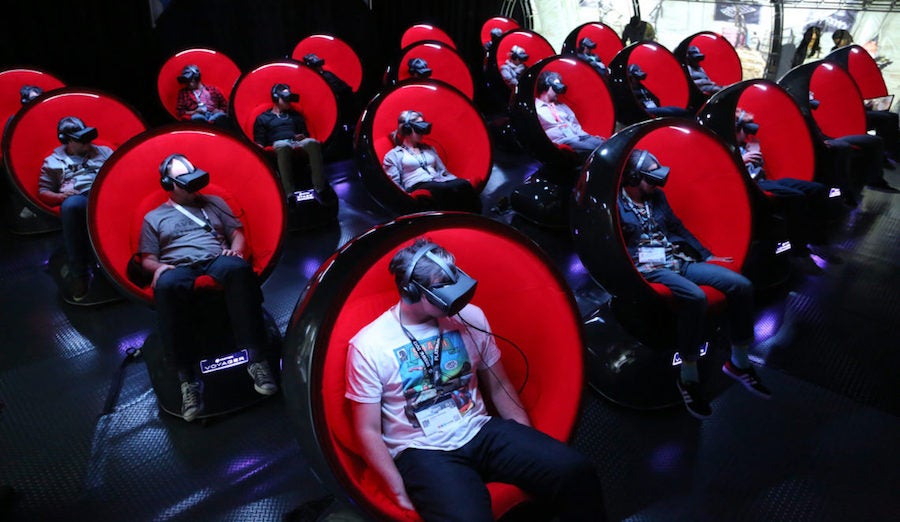 The cinema of the future? VR is transforming gaming, education, business, and will soon change the way we experience movies.

Experiencing the world from another point of view

While VR cinema may provide people with a physical disability an experience that they could not normally undertake, it can also provide people with the perspective of what it is like to be physically challenged. At SXSX, people were given the opportunity to sit in a wheelchair and watch Metro Veinte: Cita Ciega, an Argentinian film about a disabled woman's blind date. The man she is meeting does not know she is in a wheelchair and you watch the film from her perspective. The challenges of navigating the city and the bus in a wheelchair, coupled with the experience of people’s reactions, provides a unique insight into the life of the main character.

The concept of being able to experience the world from another person’s point of view is the reason we listen to and share stories. VR can add to that experience by immersing you fully in a scene.

The building industry is a prime candidate for VR, as people find it difficult to visualise what a built structure may ultimately look like, and VR can provide the opportunity to ‘see’ the finished product. One of our clients, PGH Bricks & Pavers, is a major brick company in Australia that wanted to provide customers with the ability to customise the look of their home. Luminary worked with PGH to develop an interactive tool that allows the user to choose the brick style for their house. The user can change the colour of the brick, the colour of the mortar and even the bond pattern (the way bricks are stacked). Users can customise other features such as roofs, guttering fascias, garage doors, pavers and feature walls. They can save their combination and either review, edit or submit it to their builder. Customers can then put on a VR headset and view their customisation and move around the home externally (e.g. in a circle around the house). This provides far greater confidence in choosing bricks for a home or driveway, by having a clear 360 degree view of what it will look like. 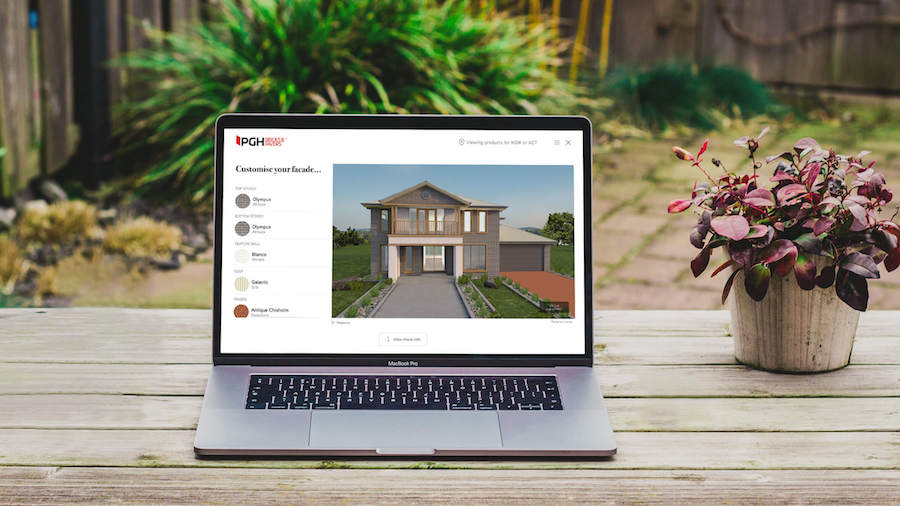 There have been a lot of opinions about whether VR will ever be a good enough experience to be commercially viable. Like most technology, adoption is only as fast as the improvements in the experience. VR has now developed specific use cases beyond just gaming, that will see mainstream adoption in the near future – first as part of corporate training, then showrooms, and ultimately your local cinema. VR provides extraordinary opportunities and filmmakers are going to demand VR cinemas to show their films, as they push the boundaries merging screen, sound and the physical experience. VR is finally here to stay.

This demo of HoloLens 2 shows where virtual reality is headed - with fully articulated hand tracking that allows you to touch and interact with holograms.