Providing a platform for our platforms

As the year draws to a close, we take a look back over some of the industry events that we got involved with in 2019.

In recent years, Luminary has invested heavily in sponsoring and hosting events to support the digital experience platforms we work with, and the communities around them. This year we took that strategy to the next level, sponsoring four major industry events as well as a host of Meetups. We also ran our own industry event to demystify headless CMSs. Here’s a wrap-up of our major events and sponsorships for the year. 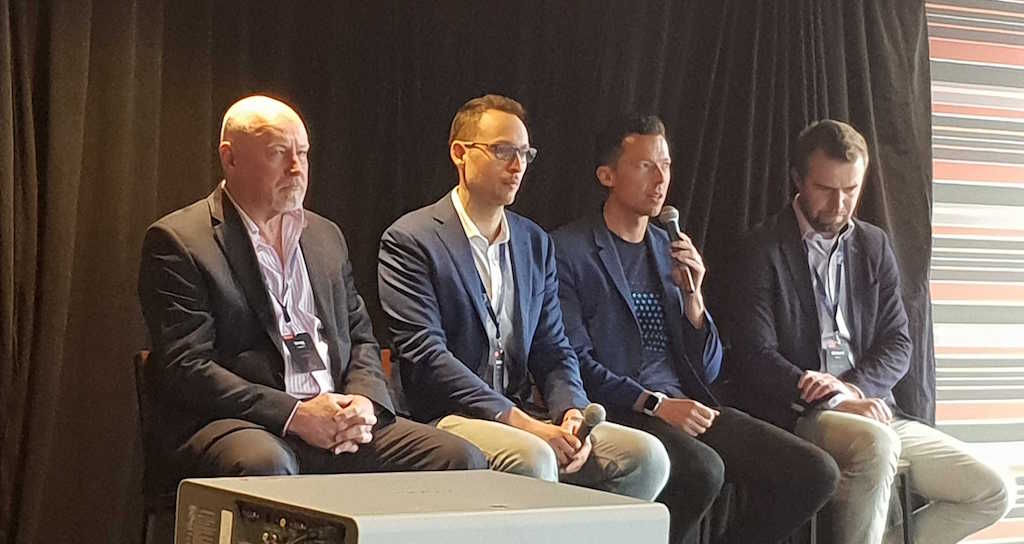 Kentico Connection is Kentico’s annual conference for clients and agency partners around the world. This year it was held in Brno in the Czech Republic, Denver, Colorado, and Melbourne. The event has been held in Australia for the past five years (alternating Melbourne and Sydney) and Luminary has sponsored each of those events. The conference featured both marketing and development tracks, with a big focus this year being on the rebranding of Kentico Cloud to Kentico Kontent. In a departure from previous years, the Melbourne event was held over not one but two days this year (16-17 October). The agenda included a presentation by our CTO and Kentico MVP Andy Thompson on ‘The Death of WYSIWIG’, as well as a panel discussion on ‘How to win enterprise business’, featuring Luminary MD Adam Griffith. For more on the key conference highlights, check out Andy’s wrap-up post. 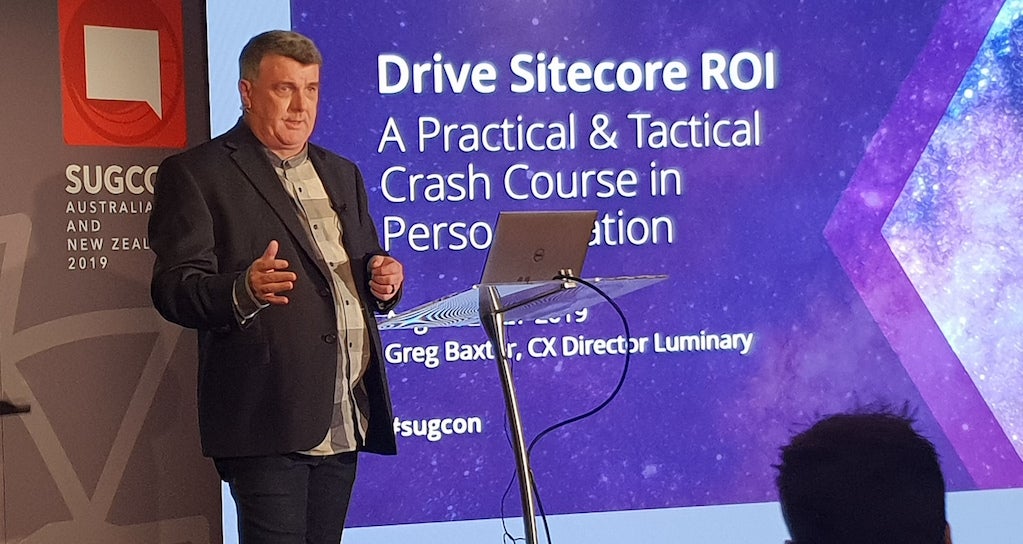 Luminary was also a sponsor of Sitecore’s signature events for marketers and developers this year. The Sitecore User Group Conference (SUGCON) was held in Sydney on 26-27 August, followed up by the Sitecore digital marketing conference, Sitecore Experience, the following day. Luminary’s CX Director Greg Baxter delivered a ‘Crash Course in Personalisation’ on day one of SUGCON, while the conference expo gave us a chance to invite attendees to test out the groundbreaking VR experience we built for PGH Bricks and Pavers. Towards the end of the year, Greg also presented a series of hands-on Sitecore personalisation workshops across Melbourne and Sydney to eight major brands.

Umbraco Festival Down Under 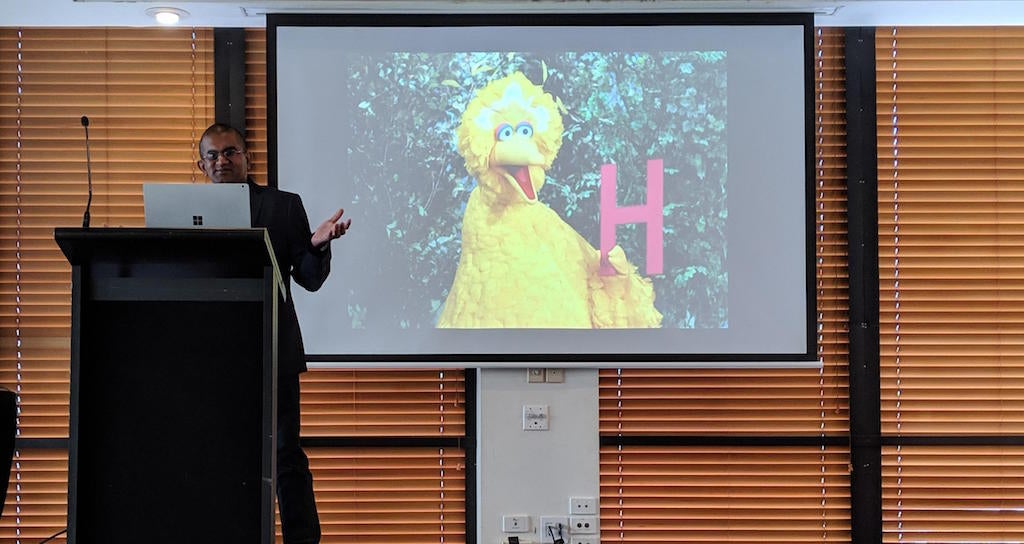 The Umbraco Down Under Festival – or ‘uDuf’ as it’s affectionately known – was held on the Gold Coast on 1 March 2019. uDuf is the only Umbraco conference in the Southern Hemisphere. The event attracts Umbraco users from across Australasia who come together to share their knowledge, gain new Umbraco skills and network with others in the Umbraco community. Championed by Luminary Tech Lead and Umbraco enthusiast Emmanuel Tissera, Luminary sponsored the conference and its associated ‘Hackathon’ in 2019. Emmanuel also delivered a very well-received demo of Umbraco Headless.

DDD Melbourne is a not-for-profit conference for the Melbourne software community. DDD originated as a developer conference in the UK in 2005 and has since spread to nearly 20 locations around the world. Luminary has been a long-time supporter of DDD but 2019 was the first year we have been a sponsor. This year’s event, held at the Melbourne Convention Centre on 10 August, attracted around 700 developers and industry professionals. Our own Emmanuel Tissera again took to the stage, presenting a session on headless CMSs and Content as a Service (CaaS).

Getting your head around headless 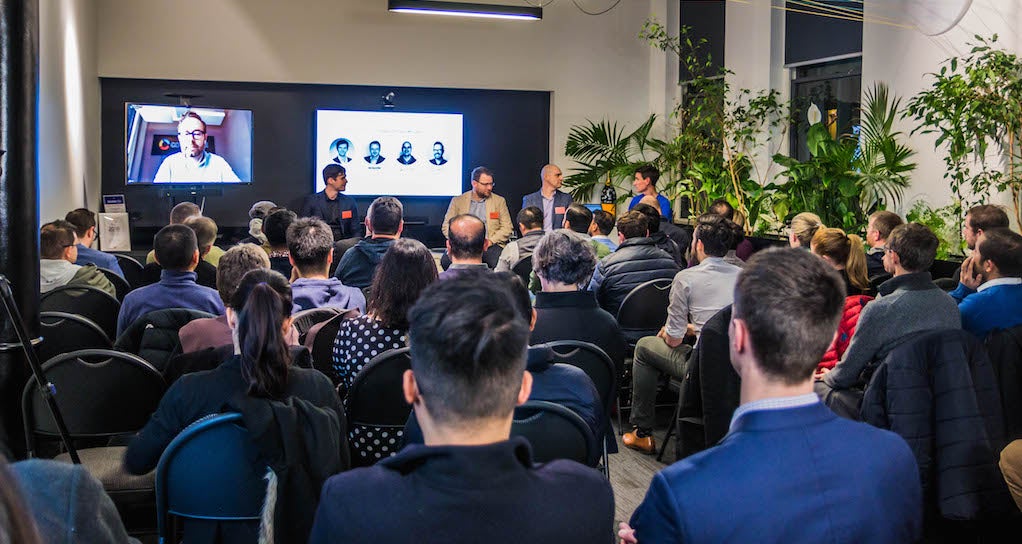 On 31 July, Luminary hosted an event that brought together a panel of leading headless CMS vendors to discuss the pros and cons of headless. The panel was chaired by Luminary CTO Andy Thompson and featured representatives from Kentico, Sitecore, IBM and Contentful. The event, ‘Getting your head around headless content management’, was attended by around 60 senior marketing and IT executives. Questions were submitted by the audience via Slido and put to the panel. For a video of the event and a wrap-up of the key points, check out Andy’s summary post. 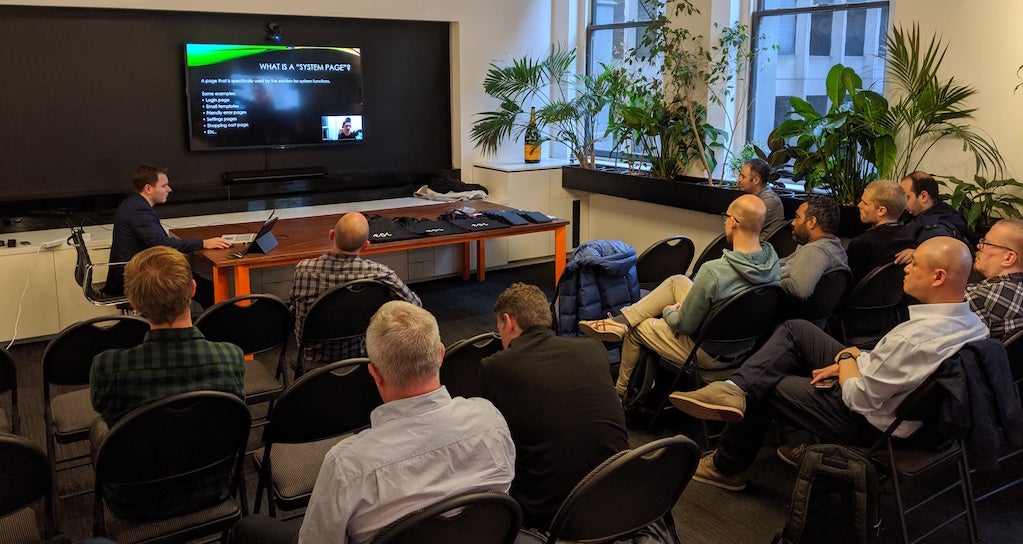 And when we weren’t hosting or sponsoring a major event, we were pretty much hosting an industry Meetup every other week! Throughout the year we hosted the Melbourne Episerver Meetup (pictured), Kentico User Group Meetup, Melbourne Umbraco Meetup, Sitecore Melbourne Marketers Meetup (initiated by Luminary and the only event of its kind worldwide), Sydney Episerver Meetup, Umbraco Sydney Meetup, and Bali Developers Meetup.

As well as hosting and sponsoring a range of industry events throughout the year, we also supported our technology partners by contributing to the ongoing development and refinement of the platforms, and through the thought leadership activities of Kentico MVP and CTO Andy Thompson and Sitecore Strategy MVP Greg Baxter.