Kentico Connection 2019 in a nutshell

Opened by CEO Petr Palas, who was then joined by Michal Kadak, David Komarek, Martin Michalik, and Martin Malenovsky, we got a snapshot of how the CMS industry is evolving just like Kentico planned it.

With Headless CMS adoption growing rapidly, and just as the leading traditional CMS platforms have evolved into a broader Digital Experience Platform (DXP) offering, we're seeing Kentico Kontent (formerly Kentico Cloud) evolving into a broader Content as a Service (CaaS) offering. No longer about just serving structured content via an API, marketers need tools to plan, write, collaborate, test, optimise and deliver that content to a growing number of channels. We were also reminded of the very impressive point that Kentico Kontent is the only CaaS platform included in Gartner's famous Magic Quadrant for Web Content Management 2019..

Martin and Martin launched the new Kentico Kontent branding with a bang, gave us a picture of the impressive progress they've been making, and an exciting snapshot of the roadmap ahead.

Famed comedy duo Michal and David released the code name "Phoenix" for the upcoming Kentico 2020 version, with a dire warning that in order to be a true Phoenix, first it (well, all its old unused modules) had to _burn_. They also shared an exciting future roadmap including the surprise announcement of an upcoming KEntico Voice INterface, aka. Kevin! Possibly the most exciting part for the geeks in the room was the commitment that while they were admittedly a little late to the MVC party, they're going to be first to the .NET Core party.

Welcome to the World of Integrations

Bart Omlo and Martin Michalik walked us through real-world case studies and demos of integrations between Kentico Kontent and other SaaS products on the market. It's all too easy for people to just say integration's easy since everything has an API nowadays, but with literally thousands of products available for your martech stack nowadays and most of them claiming to be 'best of breed', it's refreshing to see examples of what's actually worked out there, especially when combined with Kontent.

The Death of the WYSIWYG

Andy Thompson... ok that's me, I can stop writing in the third person. I ranted and raved about how the world of web design and development has moved on over the past two decades, but one thing seems to remain - the fully-featured, Microsoft-Word-style WYSIWYG editor. It was intentionally a little inflammatory to get attention, but the point is that whether you're going headless or traditional, you need to ditch the styling toolbar and embrace a clean, structured-content approach to be ready for the future (and to avoid the wrath of your brand manager). And it just so happens that Kentico Kontent and Kentico EMS (MVC) support that approach brilliantly.

Kristian Tasevski from UserCentric put a different spin on the CaaS acronym, challenging our mindset once again on what you can do with a headless CMS. He introduced us to what he terms Configuration as a Service, using Kentico Kontent's in-built versioning and collaboration, high-performance CDN, and native JSON output format, to provide a cloud-based, secure configuration service for application manifest (configuration) files, in order to manage the configuration and deployment of mobile apps from a central location. 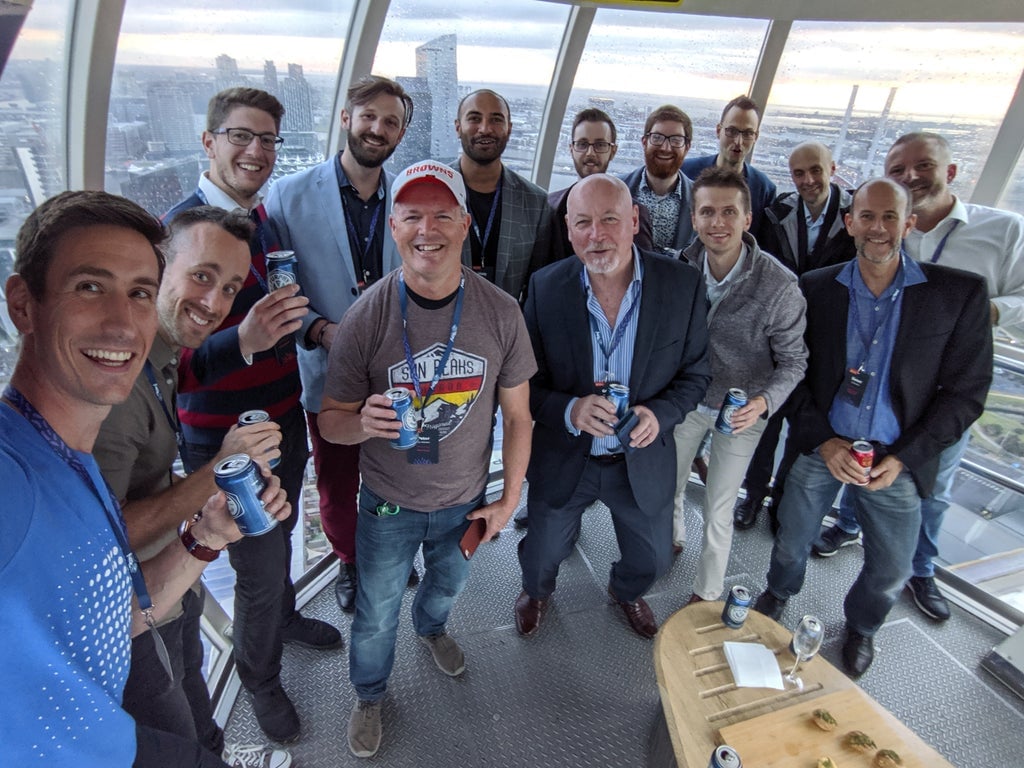 .NET Standard and Core in Kentico

**NERD ALERT** - skip past this one if you don't love code

Marek Fesar took us through the work Kentico has been doing to refactor their platform onto .NET Standard (to support .NET Core projects). I do not envy the Kentico development team after hearing the huge amount of work they have already done, and have yet to do, to achieve their goals around this. Kentico began 15 years ago, when ASP.NET was brand new. Since then they've built up one of the deepest and most mature frameworks and feature sets in the WCMS landscape. Now... they need to rewrite it all.

The epic .NET Framework that Kentico was built on, is simply not compatible with .NET Core, which is Microsoft's future. In order to make it compatible, they need to go through every single code library in the whole system, and refactor the code to remove any dependency on the .NET Framework. The good news is - they're nearly done!

Kentico 2020 aka Phoenix, will be fully .NET Standard compliant, and include libraries targeting both .NET Framework and .NET Core, which means you'll be able to write your web applications to use the .NET Framework you're used to, or .NET Core which you're going to want to be using soon. Choose your own adventure!

He also gave us a sneak peak of their plans to rewrite the huge admin UI too, including their research into truly next-gen technologies, including Blazor. 🤯

Another eye-opener for those still getting their head around the possibilities (beyond simply managing web content) of a headless CMS. Kristian Bortnik from Devotion showed us a full SaaS solution he's been using for visual regression testing, using Kentico Kontent and Percy. With this solution, every time his team uses their CI/CD workflows to publish a new change to a site, Percy kicks in to automatically take and compare snapshots and point out exactly what's changed across the site, so they can know if it was an intentional or accidental change (regression). The magical part is that Kentico Kontent allows them to quickly and easily configure which pages/URLs to test for each project, including fine-grained settings such as whether to pause animations, scroll, take full page screenshots and so on. Traditionally these settings would also need to be configured and deployed by developers but with this system, the testing framework itself doesn't need to be constantly modified, and anyone and view and modify the testing configuration. Another example of CaaS with the C standing for Configuration.

Michal, David, and Martin from Kentico joined me on stage to field questions from the technical channel. We got quizzed on everything from how we handle zero-down-time database scheme deployments, to why Azure Search wasn't prioritised higher and earlier! No punches were pulled, but also no spin delivered. It was a really great session and an example of how valuable it is when Kentico are prepared to provide this level of access to their top brass at events like this.

Back in the WebForms/Portal Engine days, a Web Part was essentially an ASCX control implementing the right interface, and a Widget took this one step further, allowing editors to drag and drop and use it as a content block on pages. If you don't know what any of that means, it doesn't matter, because that stuff doesn't exist any more in this brave new world full of Models, Views, and Controllers. So how can you move to MVC, and make the most of all those widgets you built without completely reinventing the wheel?

Ondrej - Kentico's Developer Evangelist (and my boss as an MVP) - did the seemingly impossible, converting a Widget from Portal to MVC right before our eyes. He walked through the anatomy of both versions, pointing out what corresponds to what, and in short order, recreated a complex photo gallery widget in MVC. And cleaned up a lot of smelly code at the same time.

Other stuff that was also awesome

I didn't get to see everything, as I'm only one man and there were two or more tracks the whole time. Other topics I haven't written about here included:

Just like every year, the best bit - even better than the excellent presentations and panels - was the direct _connection_ (yep, it's named well) to Kentico's highest levels of executive leadership, product management, and technical expertise, who came all the way from Europe to Melbourne to spend time with us. I saw a developer grill Michal Kadak, product owner for the Kentico EMS platform, on his priorities, and get honest answers in front of a packed room. I chatted casually with Kentico CEO Petr Palas and two Kontent end users over lunch. This incredible dedication by Kentico's leadership to get out there and connect with their partners' customers is truly what sets Kentico apart as a company, ensuring they're delivering fantastic products.

5/5, would attend again next year.