At the end of October, the wait was over, and Kentico released the hotly anticipated version 13 of Xperience, their flagship Digital Experience Platform product (formerly known as Kentico EMS).

This is a big release, particularly for developers. While there are some nice shiny features for content editors and digital marketers, the biggest changes are under the hood.

Kentico Xperience is a very mature CMS platform, at well over a decade old. Over that time, the feature set has grown to be absolutely exhaustive and can match pretty much any other Digital Experience Platform (DXP) on the market. And of course, new features are not going to stop being added now!

But of course, with decades of feature additions, comes bloat. Some of the features that were 'new' 12 years ago are getting a little long in the tooth. At some point, it comes time to do a thorough spring clean and consider what really needs to stay.

Well, around the time of the 2019 Connection conference, Michal Kadak and David Komarek made the bold announcement that they were turning this approach up to 11, and announced they were putting the torch to a huge number of old features, including entire development models!

Michal wrote a blog post which detailed 25 or more features on the chopping block. They discussed it at length with the MVPs and the broader development community. Many "kill it with fire" GIFs were shared around.

And from the ashes, rose #kenticophoenix.

If you're at #KenticoConnection2019, you must have caught the big reveal. What do you think of the name? pic.twitter.com/ec89SkqEsM

With any major release, there are literally hundreds of changes. So I'll try to pick out a few of the most earth-shattering features.

(If you want the full detail, you can dig through 17 pages of official release notes here!)

Last year's release focused on full MVC development model support. This year's release goes one step further, and adds support for .NET Core – Microsoft's latest version of .NET, which is set to replace the older .NET Framework in the near future.

.NET Core, among its many benefits, delivers huge performance increases, which can directly translate into lower infrastructure (hosting) costs.

Development on more 'traditional' ASP.NET MVC is of course still supported, if you're not ready to go full steam ahead with .NET Core.

Under the MVC development model, the CMS isn't actually directly serving your pages anymore. You have a separate content management admin site (the Kentico Xperience interface), and a separate MVC web application (your website). This comes with many benefits around security, performance, and of course the flexibility in how you implement your website. But it also means developers need to write the code to handle your visitors' requests for different page URLs, or what we call 'routing'. Kentico's market research indicated that there were many different approaches to routing. Should it include routing code that forces everyone to do it Kentico's way, or give developers the freedom to implement it as they see fit? In the end, they left it up to developers to handle it themselves. This received a... mixed response from the development community. 😉

In Xperience 13, they've covered all bases, by providing full-featured routing out of the box, but giving developers the ability to fully customise and extend how it works. The best of both worlds!

It's not only the tech gang getting new treats. Xperience's powerful marketing automation, or advanced workflow functionality has had a major facelift. 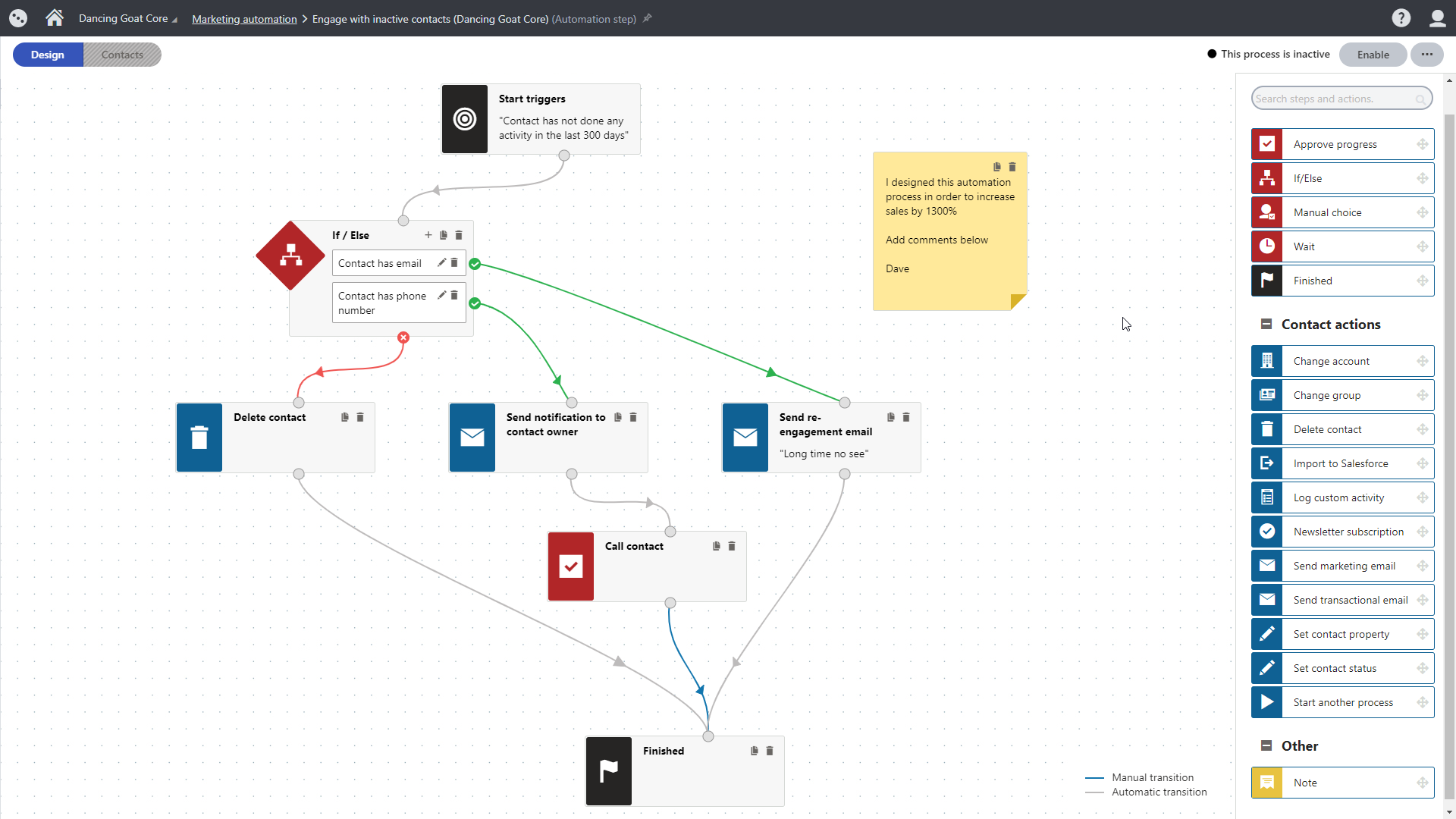 Is this really a feature? In many ways, yes.

With Xperience 12 (last year), MVC became the recommended development model. With Xperience 13, it becomes the only development model. This removed dependency on old code frameworks means the developers were able to remove HUGE amounts of old legacy code from the platform. The end result is a much faster, more light-weight, and easier-to-use platform for MVC projects (which every project on v13+ should be!).

Blogs, Polls, Banners, Chat, Events, Forums, Message Boards, Transformations, CSS stylesheets, JavaScript Files... no, this is not a joke, these are all gone!

(What is a joke in my view is the removal of the fan-favourite 'Bad Words' module which, if nothing else, kept immature developers giggling through many stressful projects as it listed out its contents in their console while the Continuous Integration module serialised it into XML.)

This doesn't mean you can't use Kentico Xperience to implement these kinds of features of course. These were just old implementations from many years ago, kept in there for compatibility. There are more modern ways to achieve all of this in the most recent versions, and Xperience is simply moving with the times.

Just as in 2019 we got a sneak peak of #kentico2020 aka #kenticophoenix, this year we've also been given a preview of what's to come in 2021/vNext. This post is about Xperience 13, but I can't resist throwing in a couple of highlights...

Complete redesign and rebuild of the Xperience administration interface

Yes, I'm serious! The old WebForms-powered back-end of Kentico Xperience will be no more. After a complete overhaul of the web-development part of the system, it's the admin interface's turn.

Kentico are rebuilding the back end to also be fully .NET Core powered, with a modern React-powered front end.

And no, we don't have any screenshots yet...

The annual release is no more. In what I feel is kind of a Windows 10 vibe, Kentico will be releasing multiple, more regular 'refreshes' which add features to the platform, rather than waiting for a big annual release. With development powered mostly by NuGet packages, and the admin interface being a more modern, API-powered, living beast, updates will be much easier and more seamless.

I expect we won't be seeing an Xperience 14, we'll just see Kentico Xperience.

In May 2020, Kentico renamed Kentico EMS to Kentico Xperience.

Read about the rebrand to Xperience

Xperience by Kentico combines content management, digital marketing and commerce into one seamless platform. Luminary has been a Kentico Gold Partner since 2008.

Our CTO, Andy Thompson, has been named as a Kentico MVP for the sixth consecutive year.

Website personalisation is no longer confined to the realms of mega-budget multinationals. If your website is still a one-size-fits-all proposition, now is the time to think about getting personal.

Website personalisation can be incredibly powerful but there’s a certain amount of groundwork that needs to be laid before you can really get the most out of it.

What you need to know about personas

What you need to know about personas

Personas are a must-have for any digital strategy. Learn what value personas bring to your business and how to get started.

Your website is often the first experience people have with your brand. Make your first impression count.

Digital transformation can originate out of a single innovation that revolutionises the user experience, but more often it’s born out of a sustained program of incremental advancements.

You can have the greatest digital platform, but without great content it’s never really going to fly.