Kentico 10 – Should you upgrade?

Kentico 10 has just been released and we've already upgraded our site. Luminary CTO Andy Thompson shares some of the things he's most excited about in K10.

At the 404 Conference in Las Vegas, Kentico showed us its latest and greatest version of Kentico CMS and EMS – Kentico 10. It has now been released to the public in all its glory, and I’ve already got my hands on it!

There are simply too many features to go through all of them in detail (see the Kentico Version History) but there are a few particularly exciting features I couldn’t help exploring immediately.

The features I’m most excited about in Kentico 10 include:

Image management has long been a slow and difficult process for content managers everywhere. For years, Kentico has had the ability to resize and optimise images on the fly, however that was largely in the hands of the developers who were coding up the templates to display those images. Content editors could also use in-line tools to crop and resize individual images.

Kentico’s Responsive Image Management features sit somewhere in between. Now, at the time of building the site, we can define preset image profiles, such as multiple sizes, dimensions, and any other image treatment we require, and any time we upload an image, Kentico can automatically apply these profiles and generate multiple versions of an image exactly to our specifications. So for example, we might upload a staff profile image, and Kentico will automatically save a full size portrait version, a smaller thumbnail version, and a square-cropped, resized thumbnail/avatar, all available for content editors to select and use in the appropriate places on the site.

This is something we’ve wanted for a long time (and even made attempts at building parts of it ourselves) so we are very happy to see it included in Kentico.

With the release of Kentico 9 at the Connection conferences at the end of 2015, Michal Kadak (Product Owner, Platform) announced the new Continuous Integration module to rooms full of cheering developers. It seemed that in one fell swoop, he had solved the problem of team development using source control with Kentico.

In reality however... while CI in Kentico 9 was a great help (and we definitely did use it in some projects), it wasn’t the holy grail we were searching for.

With Kentico 10, all of our dreams have come true.

Michal (and your team), on behalf of the Kentico developer community, I thank you. 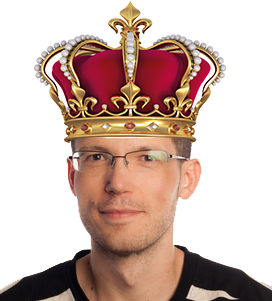 The last few versions of Kentico (since the introduction of the EMS and its online marketing features) have all seen huge improvements on the marketing side. One of the features that really stands out to me is usability improvements around email marketing and campaigns.

Kentico is acutely aware of the rapidly changing technological landscape (see my post about its new offering, Kentico Cloud). One technology that continues to gain popularity is ASP.NET MVC, and the development community are clamouring for it!

While it’s been possible to build MVC sites using Kentico for years now, Kentico officially introduced greatly expanded MVC support in 2015 with Kentico 9, along with sample sites and extensive documentation. There were however some significant features that were still only fully supported in Kentico’s preferred ‘Portal’ method of development.

With Kentico 10, MVC support has been dramatically increased, now including:

Along with these flagship features, there are of course a host of minor efficiency and user experience tweaks flying under the radar, that really show the platform’s maturity. Avid #Kentico social media followers might have seen a few leaks from King Kadak himself:

Working on an article about small tweaks in K10. Most of them are from https://t.co/qjL5gnzzDL
Little appetizerhttps://t.co/ss85Yu46RR #li

Under the Hood Improvements

While new features are very exciting, there’s been a huge amount of work done to the underlying codebase of Kentico 10 which will benefit anyone on the platform whether they’re implementing new features or not. Namely:

Once again I tip my cap to Michal Kadak and his team (no, he is not paying me for this post!). It’s my honest opinion that if your licensing is up to date, then this performance boost alone could be enough of a reason to upgrade.

At the 404 Conference in Las Vegas we were lucky enough to get early access to Kentico 10, in the form of the hands-on labs led by Kentico Technical Evangelist Bryan Soltis. Along with introducing us to the new Kentico Cloud platform, the labs covered the new MVC features, Continuous Integration, and Responsive Image Management.

Kentico also ran a Beta program for Kentico 10, so we were able to test incomplete builds before it was complete. This is a great initiative by Kentico, as it doesn’t ruin the surprise (we still didn’t see the final release until launch day) but it does allow us to help provide feedback on some of the new features which haven’t been fully tested in the wild yet.

We’ve already upgraded our own site! So since you’re currently reading this blog post, you’ve technically already used Kentico 10 too! As usual, Kentico released the upgrade package at the same time, and I was waiting with my sleeves rolled up. Any Kentico upgrade should not be taken lightly and the effort can vary depending on how much custom code or how many integrations you have to deal with, however I’m happy to report that this upgrade was no more complicated than the last one.

This is always a question we have to ask separately of each version and each project.

The new features are great – there’s no denying this is a huge release. There’s a continued theme of online marketing improvements, usability enhancements, and a generally improved experience for marketers and content editors. For developers, the improvements are fantastic; if they were in charge of every project then we’d be upgrading everything immediately!

Even if the new features aren’t enough to sway you, the performance improvements should give you an immediate boost if you’re using the EMS, and could translate directly to cost savings on infrastructure or hosting fees.

My general position is that I’m strongly in favour of upgrading if you can. Before diving in though, you should contact us for more information and to assess the suitability of your particular site for an upgrade.

Speak to one of our Xperience by Kentico experts about keeping your platform up to date.