Active Listening: The art of not ‘just hearing’

Most people, most of the time, are not truly listening. But there are some very simple techniques you can put into practice to make sure you are actively listening rather than just ‘hearing’.

Last year, the team at Luminary embarked on a mission to come together and figure out how we wanted to work as a team. We wrote down our expectations of each other in the workplace and we used these to create some guiding principles to follow. This is known as a Social Contract. It sets the ground rules on what is acceptable or expected behaviour, making it safe for everyone to participate. Essentially the agreement creates the norms of what is expected, in the specific context of that team.

One of the first points on our list was ‘Listen to people and maybe they’ll listen to you’. What does this mean? This is another way of saying ‘Seek first to understand, then to be understood’. Often people are so busy trying to get their own opinions, ideas and points across that they fail to hear their colleagues’ ideas. It’s wonderful to have ideas and solutions in your head, but it’s crucial to listen and really try to understand what others have to say.

What happens when you don’t listen to others? Conversations are reciprocal. Oftentimes they won’t listen to you either. It can end up like two people yelling into the wind.

Why is it so hard to listen?

Listening takes concentration. It takes focus. It takes willpower. Studies vary, but the average person speaks 150-200 words per minute. Our listening capacity is 400-450 words per minute. We can take in a lot more information than we’re being supplied. So our minds have time. They have time to wander, make other plans, form a counter argument. But those wandering patterns don’t help you understand what the other person is saying.

Here’s a listening exercise to try with your team.

Allow everyone to have a pen and paper handy, and then have someone read out this script:

"I’ll be asking you questions about what you’re about to hear. You can take notes if you like, but you don’t have to.

Now, how old is the bus driver?"

Before I reveal the crux – and without reading over any of the above again – what is your answer? Do you know how old the bus driver is? In my experience, some people will say 40. (There was a mention of 40 in there somewhere, wasn’t there?) Many will assume the bus driver is a man. Did the script actually say that? No. Nor did it give a specific age. The key is at the beginning. You’re a bus driver. Therefore the bus driver’s age is whatever your age is.

The reality is that most people are so heavily focused on the detail, that they miss this critical point in the introduction. The simple details are often the ones we miss when we’re not actively listening.

How much do people communicate with words?

It is estimated that only seven percent of what people communicate is through words. Seven percent! That means 93 percent of communication is through other means - body language, facial expressions, tone, pitch and volume. Think about a teenager lounging around on the sofa texting friends and you announce that it’s time to go to the dentist. They say “Yay, just what I always wanted to do”. A computer might take that to mean the person is excited. Imagine the tone of that teenager who’s been to the dentist dozens of times speaking those words. Right away, by interpreting tone, you understand that the person feels the opposite of excited. This is just a mild example, but it points to why we need to pay attention when people speak. What they’re saying isn’t always what they mean.

Re-state or reflect back

During a conversation, we’re often in a state of ‘When’s it my turn to talk?’ Turn-taking is the way humans often communicate. The challenge is we’re often preparing for what we’re going to say next. Active Listening is about continuing the conversation while still remaining present. You might think ‘but what if they finish talking and I have nothing to say?’ If you are really listening, then you are able to restate what the speaker said.

A great way to show you’ve been listening and are seeking further clarity is through simple questions such as:

If you do this, the speaker has one of three options:

In a lot of ways this is bulletproof. Even when you’re ‘wrong’ you’re still on the right path to understanding what the other person is communicating.

Another technique is to utilise questions that allow the speaker to continue elucidating their ideas. These so called ‘open door’ questions include:

You might notice that open ended questions are the mainstay of courtroom lawyers. You’ve probably seen this when watching courtroom cases on TV or in the movies. “Tell us about that dark and stormy night” or “He was acting strange? Why do you say that?”.

The benefits of Active Listening

Why bother trying to be an Active Listener? Because feeling comfortable to be yourself (psychological safety), particularly in a work environment, comes from being heard. When we are not heard, the impact is high. But the opposite is also true.

Think about a colleague who’s great at listening to you and your ideas. How does that make you feel about them? Whatever that is for you, is what you can be for others.

The result, in a professional context, is to be seen as a trusted adviser. If you are able to focus and be present, and re-state and rephrase what has been said in order to clarify it, you will ultimately build trust. If we accept the premise that people just want to be listened to, and you provide them with a platform for that, their trust in you will soar.

Luminary crowned one of Australia’s Top 20 places to work

Luminary crowned one of Australia’s Top 20 places to work

Luminary has officially been recognised as a great place to work in the 2018 Best Places to Work Study. 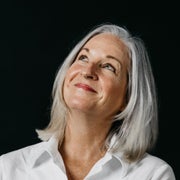 Performance Coach Lisa Hough talks about why she loves working as a coach at Luminary and what it’s meant for our team.

Agile is not a process We often hear terms like 'agile methodology', 'agile process', 'hybrid agile', and – God forbid – 'wagile' or 'agfall'. But I’m here to set the record straight: Agile is not a process; it’s a mindset. 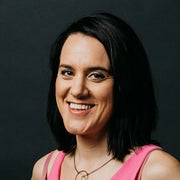 Luminary Digital Strategist Emma Andrews reveals what it takes to really get value out of your investment in digital.

Marty is the CEO and founder of Luminary. 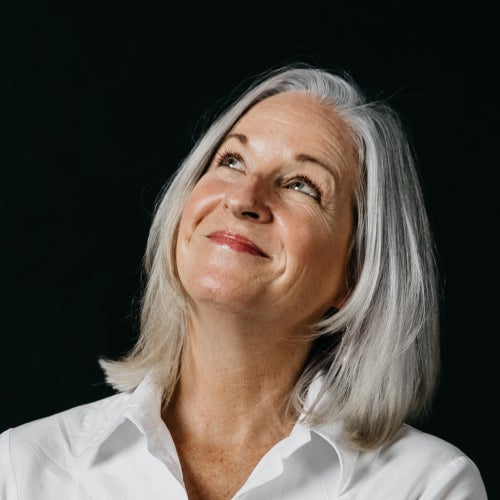 Lisa provides mentoring, support and professional coaching to members of the Luminary team.

Debunking the myths of remote work

Debunking the myths of remote work

The biggest barrier to remote work is the myths that surround it, writes Adam Griffith.

Popularised by agile methodology, a social contract provides a way for a team to decide what is acceptable behaviour to ensure everyone gets what they need.

Popularised by agile methodology, sprint retrospectives provide a way for a team to ensure that they have a regular opportunity to acknowledge what the team did well and where it can improve.

To create a social contract, all we had to do was distill the essence of 60+ individual views across 15+ cultural backgrounds, four time zones and two continents… simple, right?!

We are proud to announce that Luminary now has a formal policy to support our team members in taking a day of leave each year to engage in volunteer work.