We did it in a dress!

Digital Producer and One Girl Ambassador Aymee Cornish reflects on a campaign that saw Luminary raise more than $10,000 to help educate girls in Africa.

Earlier this year, Aymee Cornish made the decision to become an ambassador for the not-for-profit organisation, One Girl. Why? Because she saw an opportunity to be a part of “something bigger” than herself – to make a real difference in the world.

“Through One Girl, I could be someone who stands for the education of hundreds of thousands of girls around the world, girls who are denied an education for the sheer fact that they have been dealt the 'inferior' gender card thanks to a genetic lottery,” she explained. “For a young girl who is more likely to be sexually assaulted than to go to school, I could make a difference.”

As Luminary’s resident One Girl ambassador, Aymee was responsible for leading our ‘Do It In A Dress’ campaign – a series of initiatives that collectively raised more than $10,000, enough to give 33 African girls access to education. Do It In A Dress is One Girl’s signature fundraising initiative, which runs every year throughout the month of October. Participants are encouraged to raise funds by undertaking personal challenges (or just going about their daily lives) while wearing a school dress.

Here are some of the initiatives our 20-strong team of Luminary employees, friends and family took on for the campaign.

‘Do It In A Dress' to work day

Some team members braved the journey to the office in their school dresses. Others frocked up on arrival. 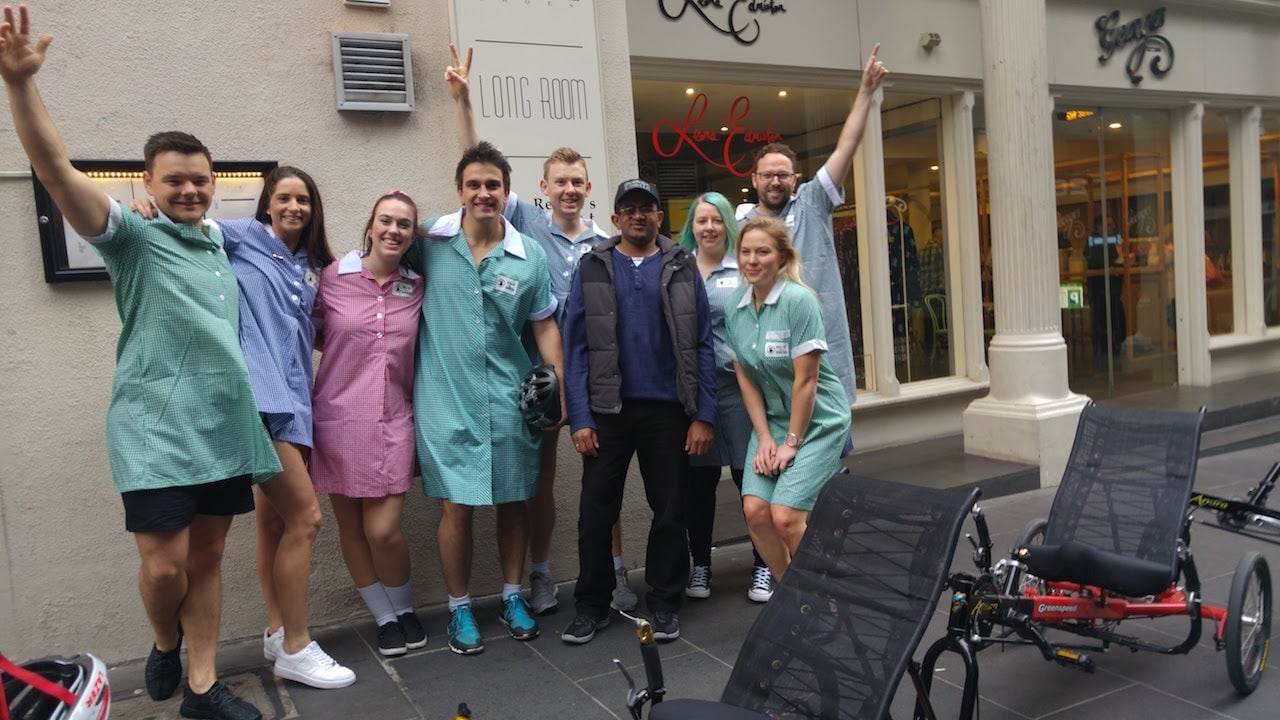 Team Luminary turned heads when they took to the streets of Melbourne’s CBD in this unusual quad bike contraption. 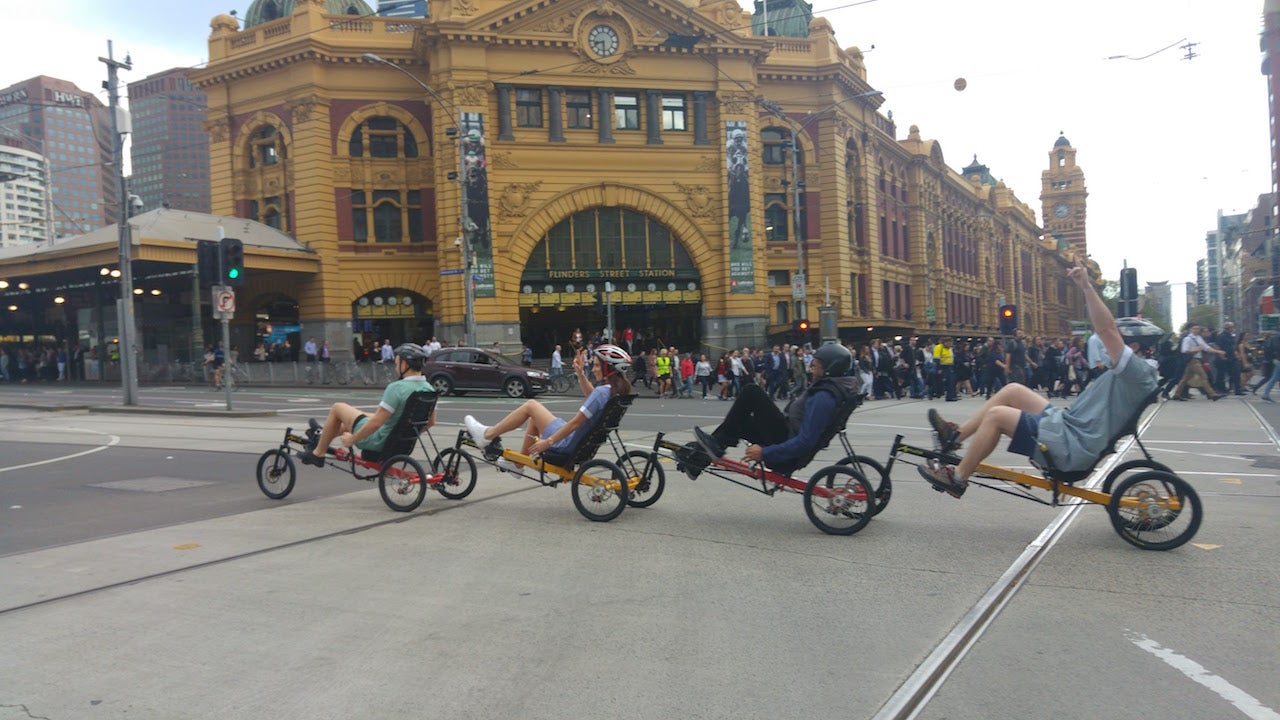 Several members of the team put themselves to the test as part of the Melbourne Marathon Running Festival. Our walking group from the Melbourne office helped spread the word around the city. 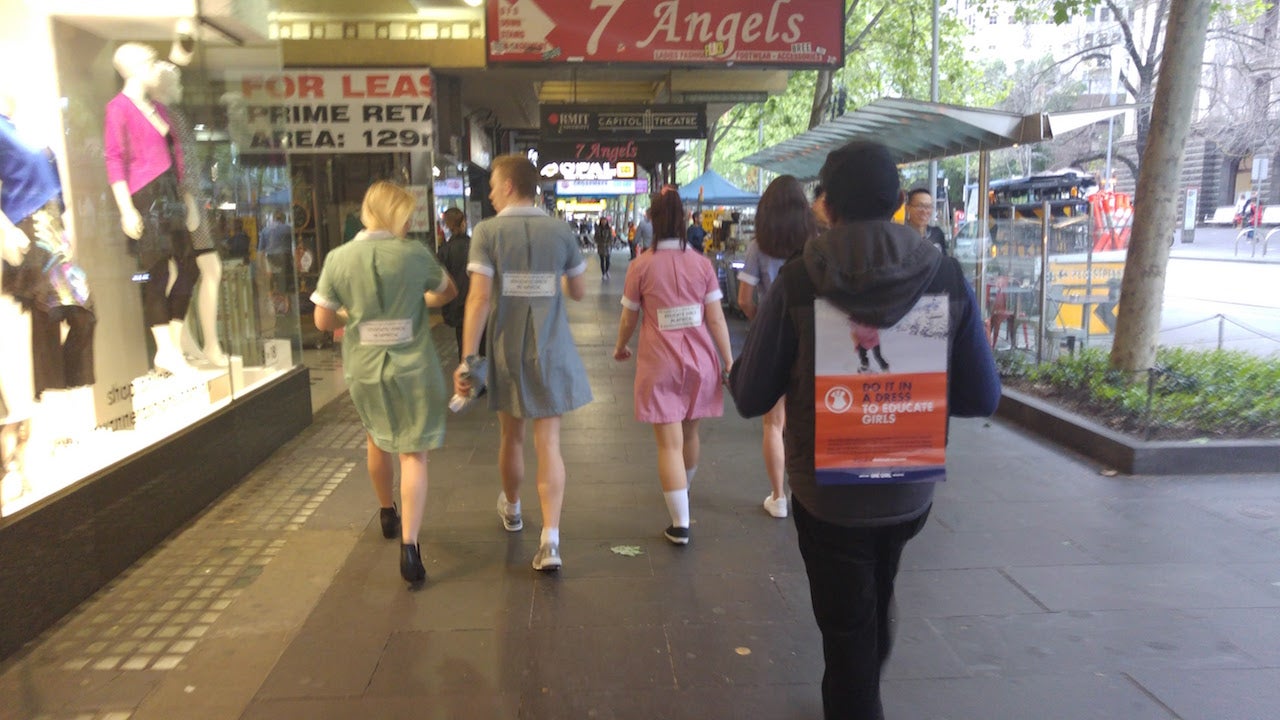 Front End Developer Sarah Dam spent nearly 10 hours slogging it out on a stationary bike that was set up in the office, as she completed 10 back-to-back ‘Sufferland’ cycling workouts. 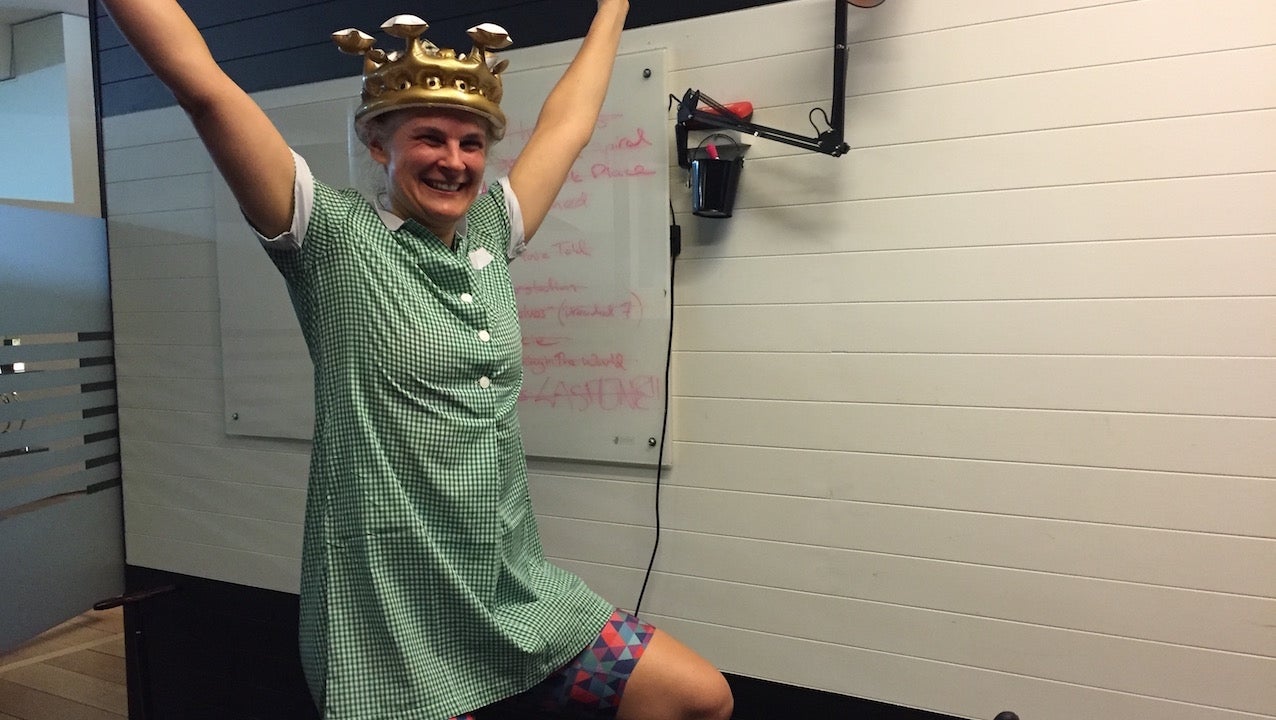 Two of our team members ran, mountain biked and paddled their way around Melbourne’s Westerfolds Park in their dresses for an adventure race on 16 October 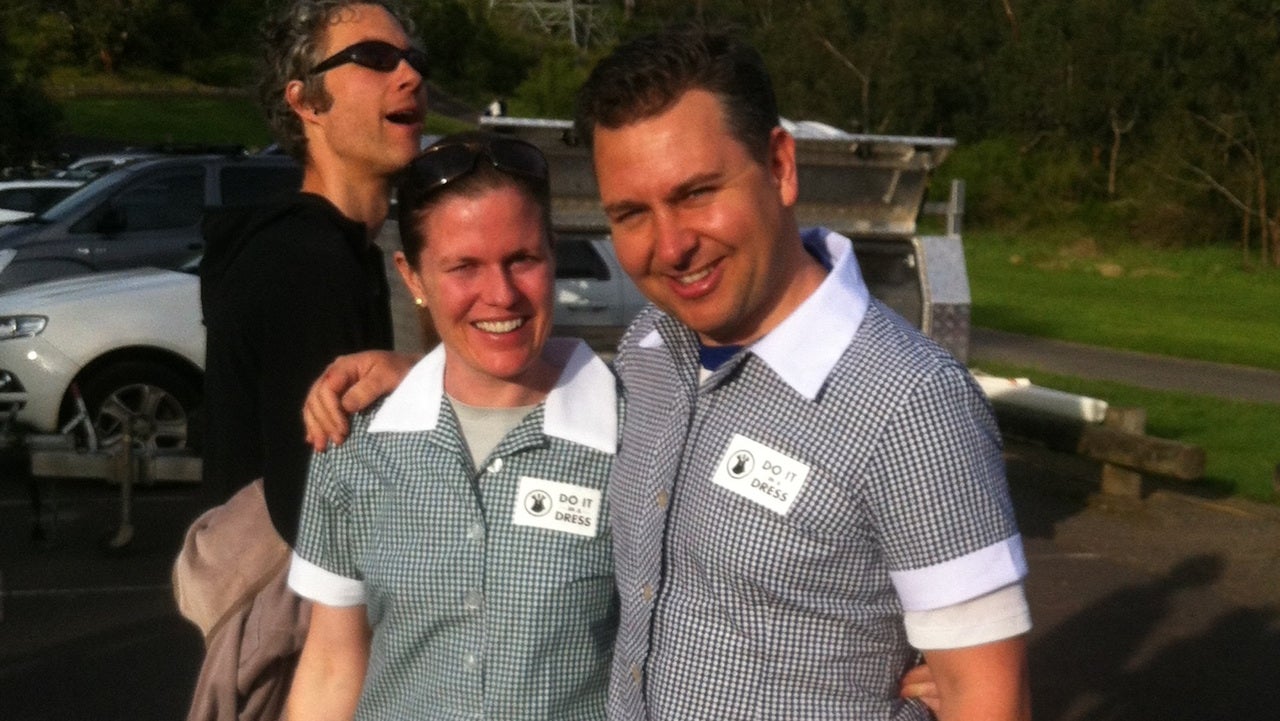 Our Melbourne and Sydney offices baked up a storm on 18 October for our inaugural inter-office bake sale. 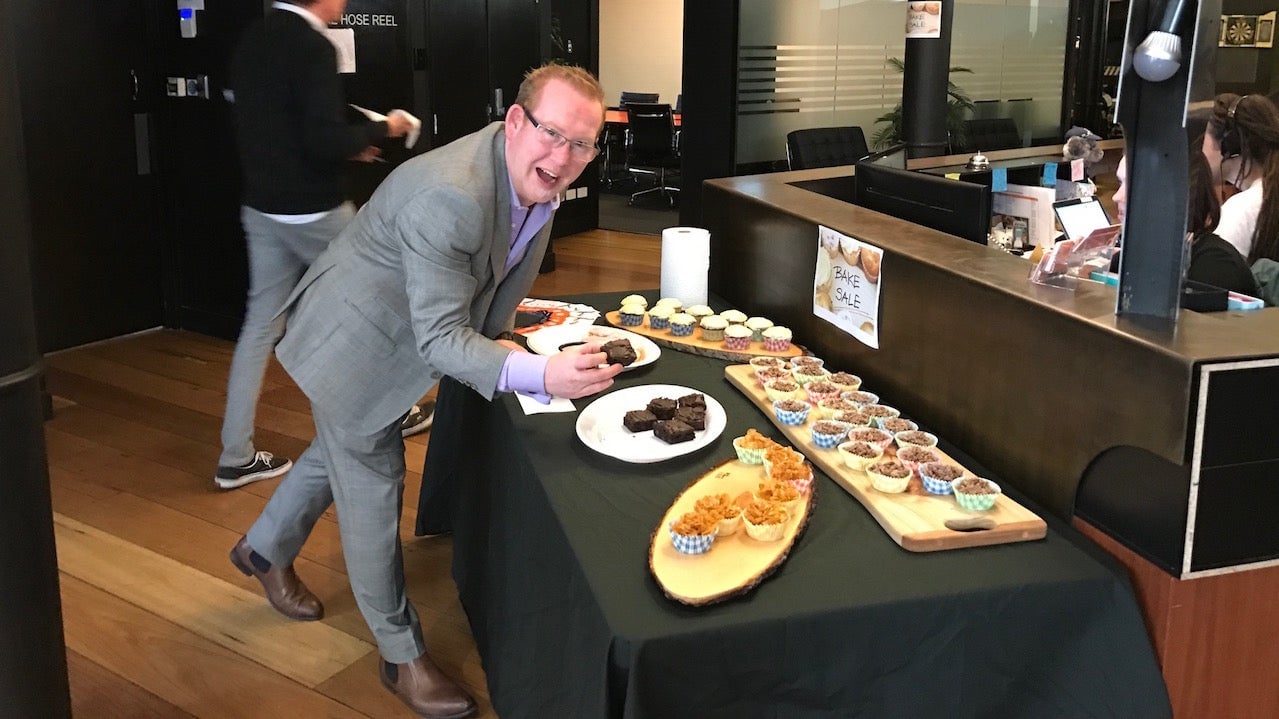 Aymee signed up for the ultimate challenge to conquer her fear of heights. 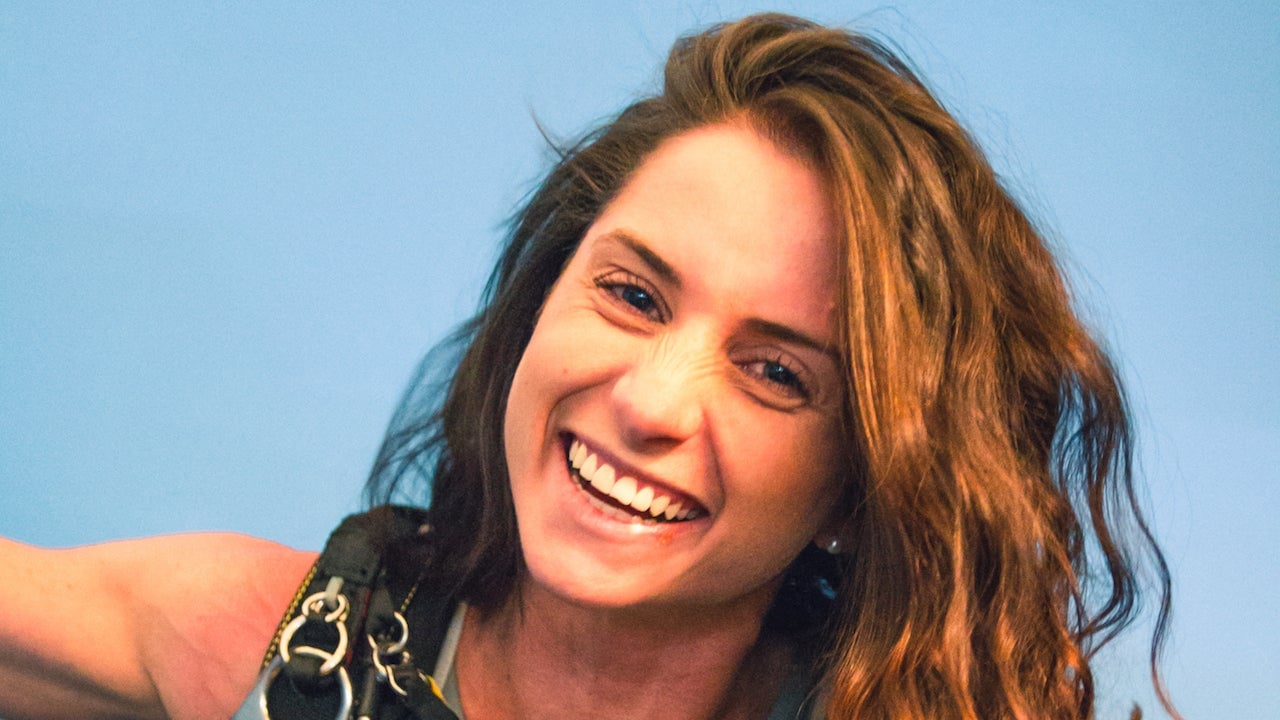 Overall, One Girl’s 2016 Do It In A Dress campaign raised a record $629,000, which is enough to educate more than 2097 girls. Commenting on Luminary’s involvement, Aymee said, “We are part of a movement, a group of people who have worked together towards a shared set of ideas and values, a group of people who are passionate about making a difference.”

For Aymee, Do It In A Dress – and One Girl itself – is best summed up by this quote: “I don't know much about this world, but I do know one thing. When people open their hearts they find the courage to do remarkable things." (R.M Drake)