Fresh from his trip to SXSW in the US, Luminary CEO Marty Drill reports on the latest contribution to wearable tech from high-end headphone manufacturer, Bose.

There’s no question that Bose makes excellent headphones. So when it embeds personal speakers in sunglasses, it signals a major change in wearable technology.

Buried in their smartphones, people walk through the streets with their heads down, often narrowly avoiding running into poles or people. Bose believes that it can transform this head-down phenomenon and help us reconnect with the world through audio directions and output directly to sunglasses.

The company released its new smart sunglasses, that have personal speakers in the arms, at the 2019 South by Southwest (SXSW) tech festival in Austin. The sound can only be heard by the person wearing them and they can act as an interface with your phone.

How do they work?

We listen to music and podcasts or talk on the phone using headphones, freeing up our hands to do other things. The sunglasses are not that different. Essentially, they are connected headphones that happen to be above your ears rather than in them. However, headphones only output from your device.

The fact that no one else can hear the sound, even though it's not in your ear, is extraordinary.

Unlike traditional headphones, the sunglasses have sensors in them that provide situational awareness. Embedded motion sensors combine data with GPS information from your phone. If you have your headphones in and are directed by Google Maps to head southeast on a certain street, it can be tricky if you do not know where north is. Directions that navigate by using your environment (“Turn left at the 7 Eleven”) can provide a far better experience. In addition to that, a great safety feature is that the noise cancelling automatically switches off when you are crossing the street.

The fact that no one else can hear the sound, even though it's not in your ear, is extraordinary. You can listen to podcasts, music or have your text message read aloud to you. You can even respond to a message, hands free.

A new way to experience the world

As the sunglasses have sensors and an accelerometer, they know where you are. This allows for an audio tour of a city, or as Matthew Neutra from Bose put it at SXSW, “It allows you to tell stories through space”. You could stand in Federation Square in Melbourne and tap your glasses to hear about the history of the site. You could listen to the story of the indigenous people who lived there many years ago. A didgeridoo might play in contrast to the modern life around you. You could participate in a theatre production in a park, as the audio is available to you and other audience members with glasses.

There is a whisper mode that allows you to send a message to the glasses of a connected friend - a lot better and cooler than secret service earpieces. This could be an interesting feature when your friend is at a concert and they share the sound with you. (We might have a little way to go before the sunglasses become acceptable attire for a professional meeting…)

Bose also envisions people wearing the sunglasses on public transport. This is possible, though is more likely in the future when the devices are built into normal glasses. We saw a major backlash with Google Glass and while these do not have a camera, they are likely to make some people uncomfortable.

Essentially this is an augmented reality experience, where there is an audio interaction with the physical world. It is possible that they will be used in museums and galleries to provide a far better audio experience.

It is likely that you will pass a restaurant and you can hear an audio review from a friend who has eaten there previously. Cemetery tours could be on the cards one day. In all situations, trusted sources of content will be the key to the adoption and use of these glasses.

On buses, trams and trains people look down at their phones – headphones on or earbuds in – engrossed in their own world. Bose believes that these glasses will allow us to spend far more time looking up.

The company has set up a $50million fund for developers to build out the ecosystem. Interestingly, Strava has joined, as running and riding are likely to be among the best applications for these glasses. Bose is also likely to partner with companies who will embed the technology in helmets.

In future products, it is likely that the sunglasses will have a heads-up display on the inside of the glasses, creating a truly AR experience. At that point, they will begin to become widely adopted in the way smart phones were. For now though, they simply provide sounds and notifications from your phone. The directions feature is pretty cool, while the ability to verbally respond to a text by tapping your glasses will be a hit with the cool kids.

The glasses are highly unlikely to replace headphones any time soon. However, with the investment Bose has made, it is likely that one day all of our sunglasses and normal glasses will be connected. With hands free, looking down at a screen really will be a thing of the past. 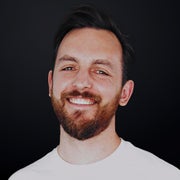 Over the past year, Luminary’s Directors of Design, UX and Strategy – Thom Bransom, Josh Smith and Emma Andrews – have been working to establish a university partnership to give the next generation of specialists a window into their future careers.